Sergii Marchenko at the G20 session: Russia is a disease of the global economy and the world should stop this disease

During the visit to the US, the Minister of Finance of Ukraine Sergii Marchenko gave a speech at the G20 session "Global Economy and Risks", which is currently held in Washington DC. The session was attended by G20 finance ministers and central bank governors, the IMF, the World Bank, and the European Commission leaders. The opening session was devoted to Ukraine.

Ukraine for the first time participates in the G20 meeting represented by the Minister of Finance of Ukraine Sergii Marchenko. The G20 meeting is the largest international financial event of the year.

The event started with representatives of world leaders addressing Ukraine. U.S. Treasury Secretary Janet Yellen expressed support for Ukraine and noted the efforts of the Ukrainian government and the Minister of Finance of Ukraine Sergii Marchenko in the face of a full-scale Russian invasion.

European Central Bank President Christine Lagarde said that the world will not forget the loss, pain, and suffering caused by Russia's actions.

Representatives of the European Commission mentioned the war crimes in Bucha and many other Ukrainian cities and strongly condemned the actions of Russia. They also stressed that the EU should be independent of Russian energy sources.

The main points from Sergii Marchenko's speech at the G20 session: 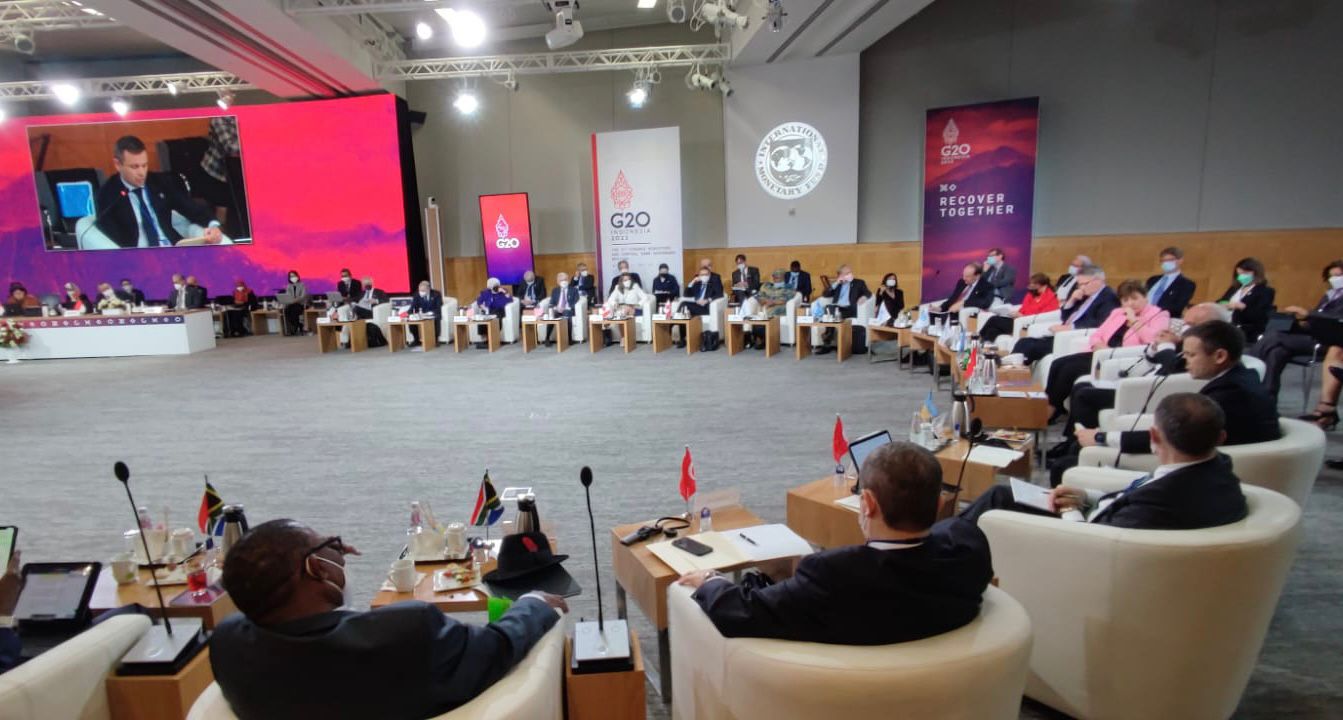 Russia is the disease of the world economy.  Ukraine is those immune cells that have to be activated by good international medicine to kill the disease. There is no other solution. Otherwise, the infection will spread to other countries and the contagion will begin.

It is not only Ukraine that is feeling the effects of the war. The war slows growth, raises food and energy prices, accelerates inflation, and reduces income while disrupting trade and supply chains around the world. The loss of Ukrainian agricultural production will be painfully felt for thousands of miles, from North Africa to South America. Countries with developed economies are already suffering from the crisis.

The world finance system might turn to shutter – if not the right choice.

Russia's war against Ukraine is another global crisis that needs a common approach - the world must join forces to stop this war and help Ukraine.

Before the global consequences become a reality, we need support - outside funding that can normalize the economic situation in Ukraine.

We hope that the Ukrainian military will end the war soon, but until then, we must be able to fund humanitarian and social needs. And to do this, the world must make the right choices.

To win this war, to stop the crisis, and to bring other countries back from the financial abyss-the world must forget about the differences between countries and coordinate to stop the war and force Russia to withdraw its troops from sovereign Ukrainian territory.

For the Ukrainian government to work to its full potential and so that we can continue to provide all necessary services to our population, as we are doing now, we call for a portion of our resources in any form to be made available for the needs of the Ukrainian budget.

To keep the Ukrainian government running at full capacity, and for us to be able to keep providing all the necessary services to our population, as we do now, we ask for a part of resources in any form to the available for the needs of the Ukrainian budget.

Not everyone at this session is a donor state. But everyone has received their share of special drawing rights from the IMF. And sharing even 10% of it with Ukraine will make a big difference for us.

This is the right time for the right choice.
This war must end.