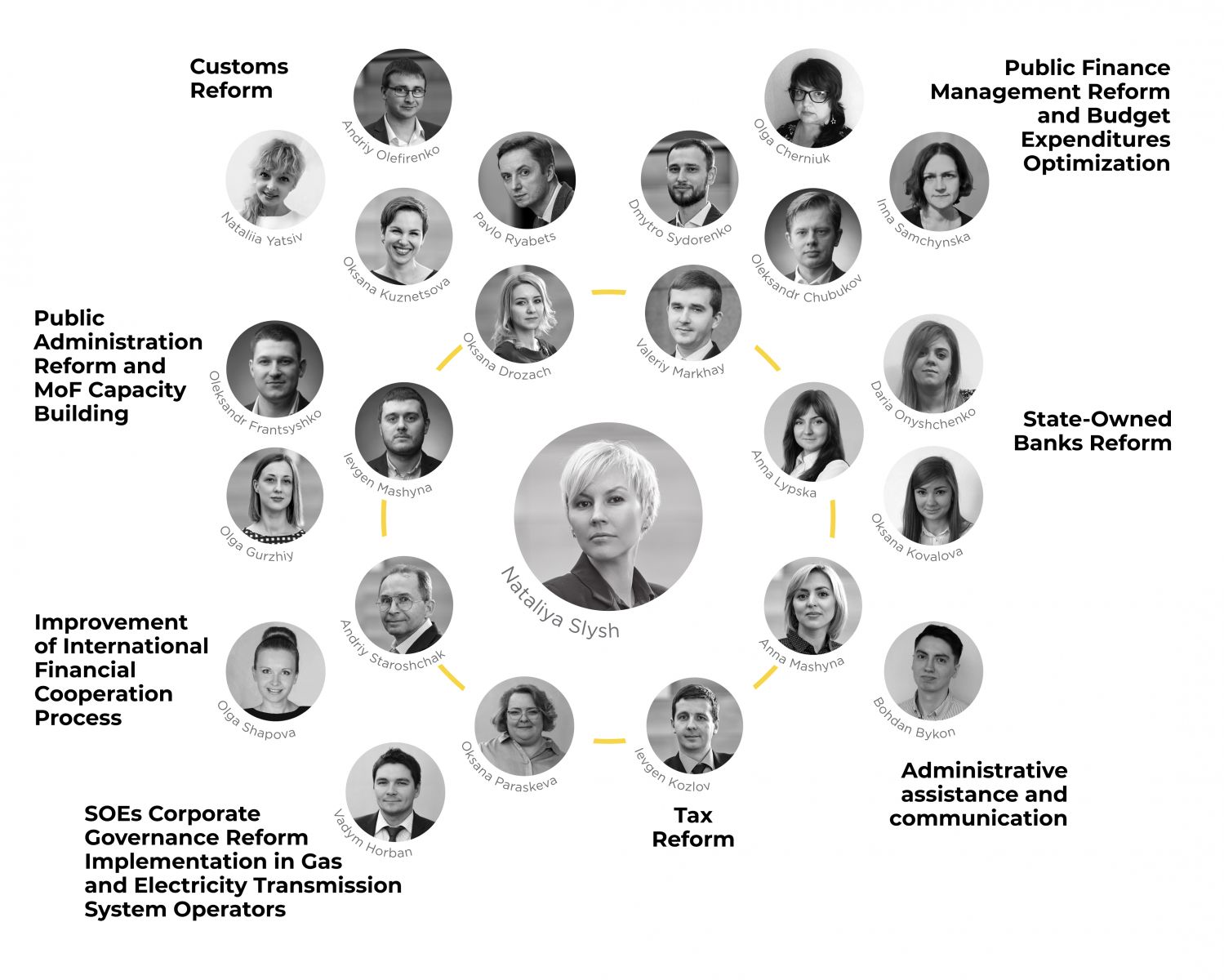 The Reform Support Team Project Management Office (RST) commenced its work in October 2016. The RST provides coordination, analytical and communication support to the reforms implemented by the Ministry of Finance of Ukraine. It ensures the coherence of the actions of all stakeholders - government, international donors, public experts, private sector and other stakeholders.

The key reform streams in which the RST is currently involved:

The RST at the Ministry of Finance is funded by the EBRD-Ukraine Stabilisation and Sustainable Growth Multi-Donor Account (MDA). Contributors to the MDA are Denmark, Finland, France, Germany, Italy, Japan, the Netherlands, Norway, Poland, Sweden, Switzerland, the United Kingdom, the United States and the European Union, the largest donor.