The key factor in increasing the dollar equivalent of the state debt and state-guaranteed debt by 1.02 billion US dollars to 82.95 billion US dollars was strengthening of the national currency during the said month by 1.15  hryvnyas. Such an increase in the dollar equivalent of the debt was observed in the segment of domestic debt where the strengthening of the exchange rate had the most considerable effect in the course of conversion of the national debt to the US dollar equivalent. At the same time, the amount of public debt denominated in the foreign currency decreased. 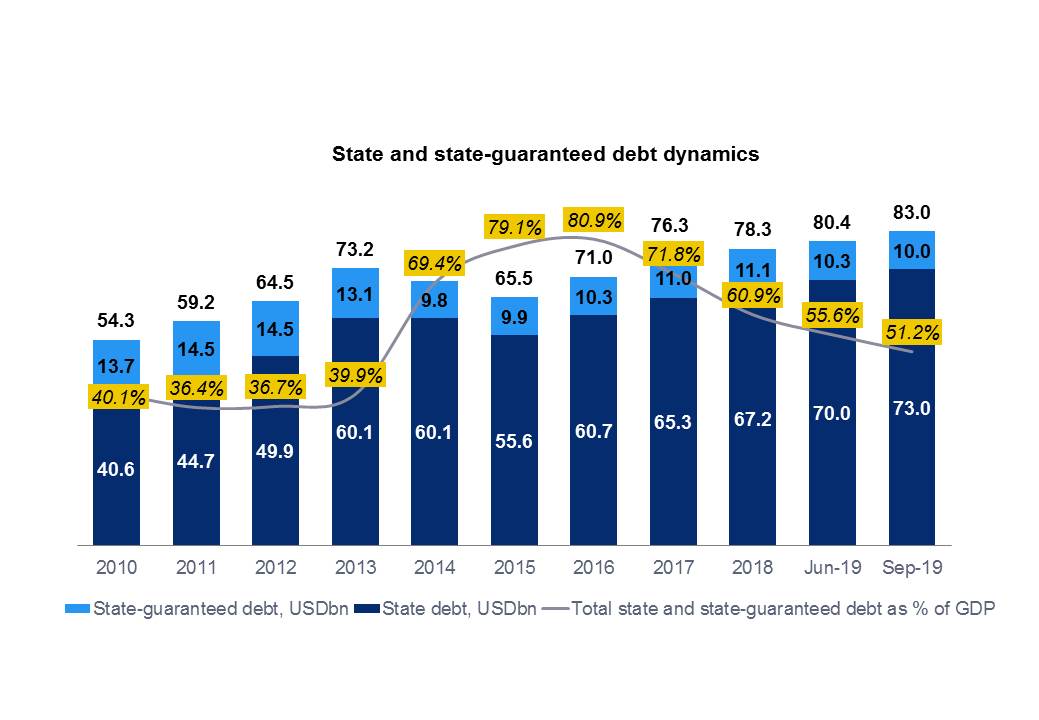 Notably, September 2019 was a month of Ukraine’s peak debt repayments, when the Ministry of Finance repaid 35.1 billion  hryvnyas, or 1.4 billion US dollars, of the state debt, including the repayment or the government bonds issued in 2015 for the amount of 661.3 million US dollars.

Detailed information on Ukraine’s state debt and state-guaranteed debt is available on the official website of the Ministry of Finance at the following link.